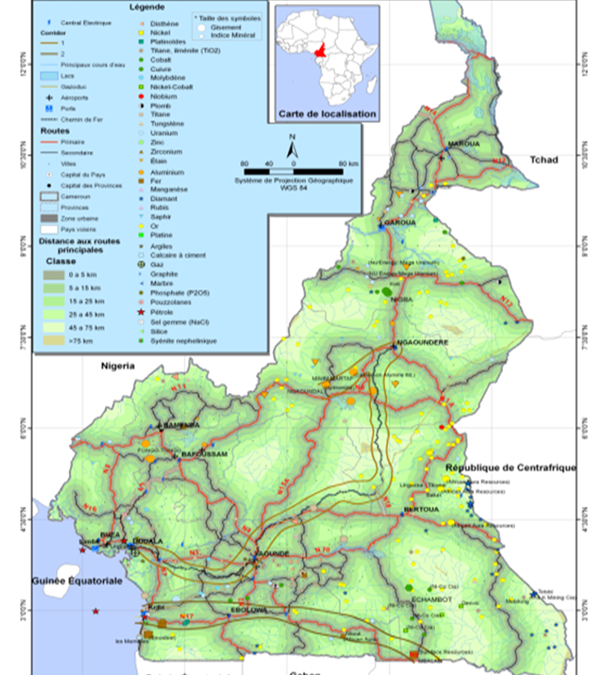 The known mining potential on the 40% of the territory where the researches were carried out can be schematically presented on the map of the mineral resources below: 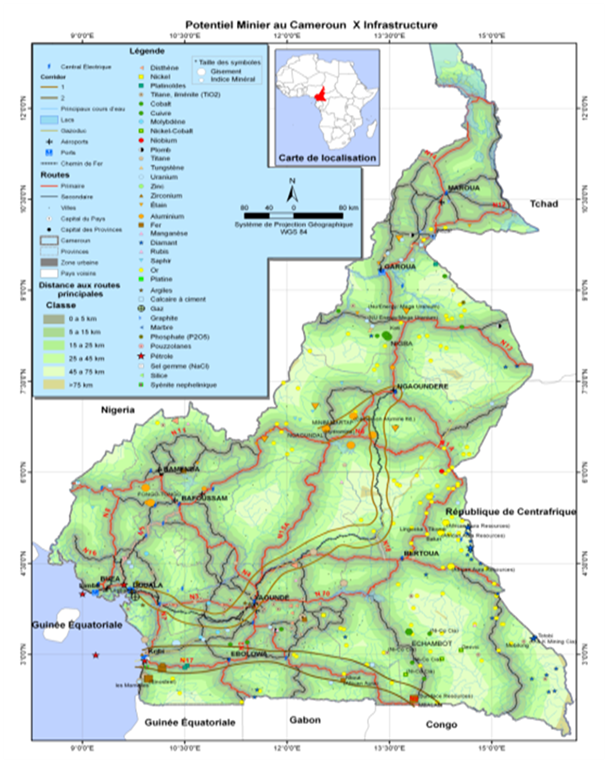 The summary of the different mining titles can be summarized in the table above:

Table 1: Securities and licenses in progress

Some of these titles are the subject of major projects, such as:

The promoter is GEOVIC. It is envisaged the following works:

–  2003, a mining license valid for Cobalt, Nickel and related substances is awarded to Géovic Cameroun;

–  Drilling works and reserves estimated at 68 million tonnes with the content:

–  Cobalt is associated with several other metals (Ni, Mn, Fe, Al) in a mineral called ASBOLANE, which makes its complex treatment

–  The construction of the mine (cost estimated at 380 M USD) which is in progress;

Six indices and deposits of bauxite have been highlighted at:

–          Minim-Martap: Bauxite resources are estimated at more than one billion tonnes at an average grade of 41.3% alumina.

–              Fongo Tongo: This is a research permit under exploration, but we know at least the level of resources which is 46 million with an average content of 47% of alumina.

Approximately 25 targets and deposits were identified, including the three major deposits:

Mamelles: The iron resources are estimated at 340 million tonnes at 35% iron oxide. The promoter of this license is SINOSTELL CAM.

–           Mbalam: the iron resources are estimated at 220 million tons, these resources were the subject of the signing of a convention in November 2012.

–  Production and export of 35 million tonnes (DSO) from the iron ores of Mbalam and Nabeba (see Project Brief);

The promoter of this license is CAMINEX.

At least 140 targets have been detected mainly in the series:

–  African Aura Resources (UK): The company is in the exploration phase and has research permits in several regions such as Batouri, Tcholliré, Akonolinga or Rey-Bouba;

–   Caminco (South Africa) has gold exploration permits in the North.

Sapphire concentrations are found in the Adamaoua region, particularly in Tignère, Manfé, the Munya and Nsananarikati rivers.

There is also the presence of tin in Mayo Darle.

In the south-east of the country, there is the presence of rare earth (monazite) in the river Dja.

Opportunities associated with the mining sector

Other business opportunities will certainly be created around this exploration work and the opening of the mine. It is :

The mining code provides for at least 15% processing of ores produced on the spot, this will allow the development and implementation of the transformation project of Iron, Cobalt, Nikel, Alumina (FECONA).

This 60% is therefore free for potential investors in terms of mining research.

This mining potential is mainly located in the 40% of the national territory, where the exploration was conducted. It remains to do research on the remaining 60%.

Exploitation of these resources will foster the emergence of the mining sector, which will truly position itself as a driver of the revival of growth.

“Moreover, the development of the mining sector through its spillover effects on the rural sector and its relative importance in the economic structure of the country, constitutes an important anchor around which the creation of wealth and jobs, as well as the fight against poverty “ 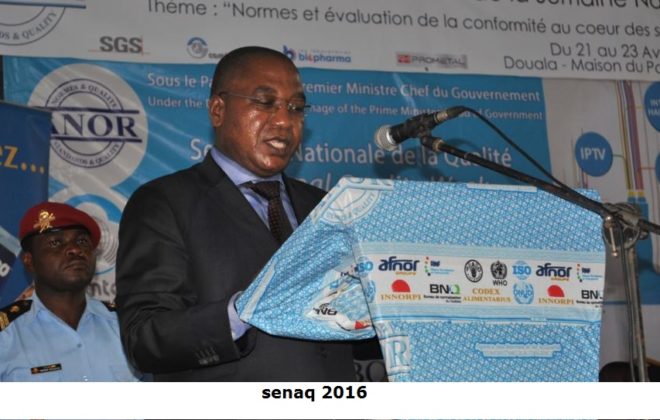 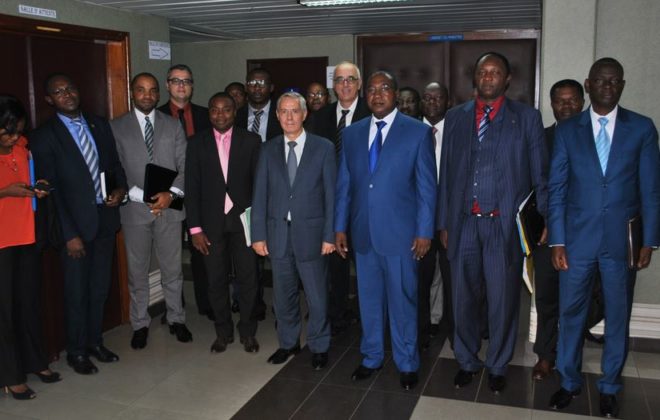